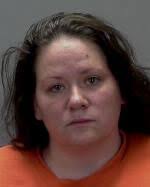 On Wednesday, attorneys in a Renville County murder case discussed if statements made by defendant after her arrest can be used in her trial. The 35-year-old Hector woman is charged with 2nd Degree Murder and 2nd Degree Manslaughter for the April 16th shooting death of her live-in boyfriend, 42-year-old Anthony Tebben. According to the criminal complaint, Lynch claims she accidently shot Tebben in the head with a newly purchased handgun after he threw a plate at her. Renville County Attorney David Torgelson says after Lynch was read her rights, she made statements to law enforcement, even though she may have asked for an attorney. Attorneys on both sides of the case will submit written arguments to Judge Dwayne Knutsen, who likely won’t make a ruling on the admissibility of the statements until December sometime. A preliminary trial date of March 1 – 12, 2021 was set.   Lynch is being held on half-a-million dollars unconditional bond.