A large cat found dead on the side of the freeway in the Twin Cities on Tuesday morning was in fact a cougar. Bloomington Police Department first confirmed the cougar’s death near the ramp from westbound Interstate 494 to northbound I-35W. The animal, a 115-pound male, was taken to the DNR Wildlife Research office in Grand Rapids, where it will undergo a necropsy to determine, among other things, if it’s wild and where it might have originated,” the statement said. The DNR says it’s not unusual for people to mistake other animals for cougars, which can reach up to 200 pounds (adult male). Most, however, are smaller and average about 150 pounds, according to the DNR. Adult female cougars usually weight 90-110 pounds. 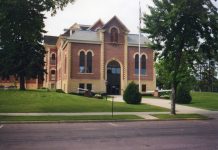