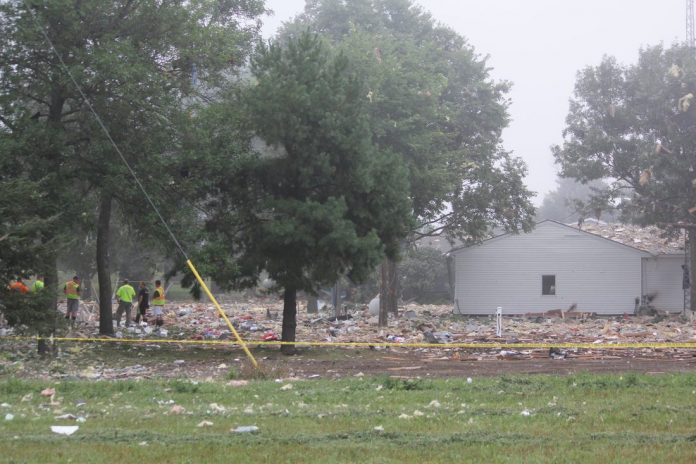 The Lyon County Sheriff’s Office has identified the Marshall-area man who died, and the woman who was seriously injured, when their house exploded Thursday morning. 74-year-old Gail Schipansky, was pronounced dead at the scene, while 71 –year- old Nancy Schipansky was transported from the scene with serious injuries. Her condition is currently unknown. Authorities were called to a report of a burning house on the 2800 block of State Highway 19, about two miles east of Marshall, on Thursday morning at about 6:37 a.m. Reports of people feeling the explosion that leveled the home at were felt from two miles away. The cause of the blast is under investigation. The Lyon County Sheriff’s Office is continuing to investigate the cause of the explosion, working with the Minnesota State Fire Marshall’s Office.