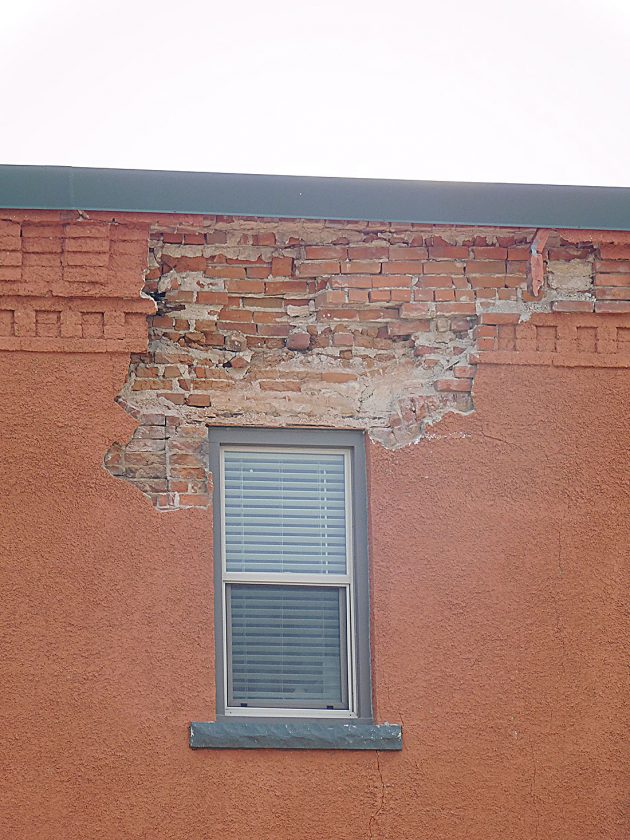 Routine building maintenance is an ongoing need for buildings on downtown Minnesota Street. Wednesday night, dozens of bricks rained down on a Minnesota Street sidewalk after dislodging from the parapet of a three-story apartment building on the corner of 1st South and Minnesota. The bricks landed a few feet from two public benches and tables. No injuries resulted from the falling bricks. Caution tape was placed around the entire building corner. The exact cause of the incident is unknown. Before this incident, the city had contacted the building owner about fixing a section of the bowed wall on the structure’s south face. An attempt was made to repair the building by removing loose plaster from the bricks. The damage occurred after a worker tried to remove sections of the plaster from the building.