A man is facing assault charges after he reportedly threw a powdered chemical in the face of a Waseca County Jail officer.29-year-old Branden John Johnson Jr., of Waseca, was kicking and punching a holding cell after he was arrested on suspicion of DWI Monday afternoon. He then pulled out a package that was in his clothing. When an officer went to take it, Johnson allegedly threw the content in the officers’ face. The packet contained chemicals that make the flames of a fire turn multiple colors. The officer went to Mayo Clinic Health System hospital in Waseca for an evaluation after reading warnings on the package about potential health impacts from eye exposure or ingestion. Johnson was charged with felony assault with a dangerous weapon as well as misdemeanor assault Tuesday in Waseca County District Court. He has not been charged with DWI. 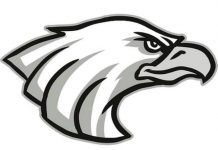