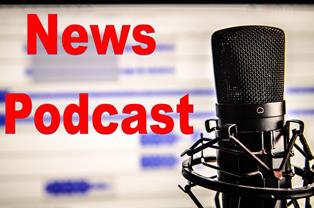 Developer Gordon Awsumb won a conditional use permit for his proposed downtown Marriott hotel Monday night, but he lost one member of the Mankato City Council even as a potentially challenging council vote looms in April for the $14.2 million project. On a 6-1 vote, the council determined that a proposed 117-room Spring Hill Suites by Marriott met Mankato’s planning and zoning standards. On April 13, the council will have to decide if the project is worthy of $1.3 million in tax subsidies and whether the lost public parking on the development site can be replaced elsewhere downtown. Council member Dennis Dieken voted against the permit, saying that the hotel’s encroachment onto the Front Street Plaza permanently devalues a city investment designed to attract people to the city center. Dieken said he expects to vote against the project again next month if it comes forward “with the current design.” Plans for the hotel, which would be built into and above the Cherry Street Parking Ramp, show the lobby and a patio extending 23.9 feet beyond the edge of the ramp — taking nearly a third of the plaza’s width. Other council members, while voting for the permit, expressed concerns about the requested $1.3 million tax abatement and the amount of public parking that will be lost in the ramp. Awsumb wants to start construction by June with hopes of a grand opening for the hotel 11 months later.