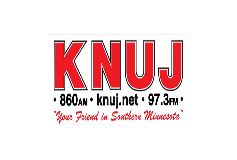 The man who allegedly shot Waseca Police Officer Arik Matson Monday night has been charged with attempted murder.  Tyler Janovsky of Waseca faces three counts of attempted murder as well as a felony for illegal gun possession.  Charges also include a warrant for his arrest after he is released from prison.  Officer Matson remains in critical condition at North Memorial in Robbinsdale.  A vigil is being held this (Thursday) evening at 6 pm at the Waseca Public Safety building.  Members of the community are invited to bring a candle.  A prayer vigil will occur simultaneously at Hope Church of Albert Lea where Matson is a parishioner.  A Go Fund Me page started for Matson’s family had raised around $124,000 as of