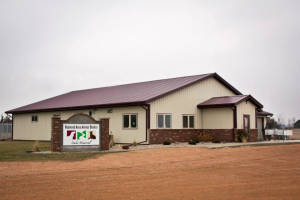 A Lamberton woman is facing multiple animal mistreatment charges after police seized over 30 animals from her residence in June. On June 10th, 57-year-old Kimberly Robinson was hospitalized and placed on a 72-hour hold. An officer with the Lamberton Police Department knew that Robinson had animals in her house and he wished to make arrangements for them. Robinson allegedly told the Officer that no one was to enter her house and the animals would have to starve. The Officer obtained a warrant to enter the home out of concern for the animals.

Upon entering the home, the officer observed animal waste and urine throughout the home as well as several animals in small cages, kennels, or travel carriers. The Officer believed there were clear signs that the animals had no access to adequate water and had little if no food. The Officer seized 26 dogs, 3 cats, and 6 chickens from inside the home. Many of the animals were poorly groomed, had undiagnosed medical conditions, fleas, and poor dental health. The Officer noted that many of the animals were forced to sit and sleep in their own waste. At this point, Robinson had only been hospitalized for 17 hours; it appeared to the Officer and Redwood County Animal Shelter Staff that all these issues had existed before her hospitalization.

The 26 dogs were taken to the Redwood County Animal Shelter where they were nicknamed the “26 Second Chance Dogs.” A staff member at the shelter said that all of the dogs but one have been adopted or have adoptions pending. She was surprised by how fast the dogs went and how good the adopters were. The last dog available is named Scooby. The shelter said Scooby is “one of the sweetest dogs you will meet. He is a serious marshmallow! And he has the funniest little crooked grin. He is one of the bigger dogs at over 20 lbs., which just means that there is an armful of Scooby to squeeze! He is one of the more confident dogs that came in this group. When you go to visit him, do not be fooled by his toothy “snarls” through the door; he is just anxious that their is a barrier between him and everyone else. Open the door, and he is instantly happy to see you! He is not at all nippy or aggressive.”  Scooby is a neutered male, rat terrier mix. He weighs 23 lbs and is about 4 years old.