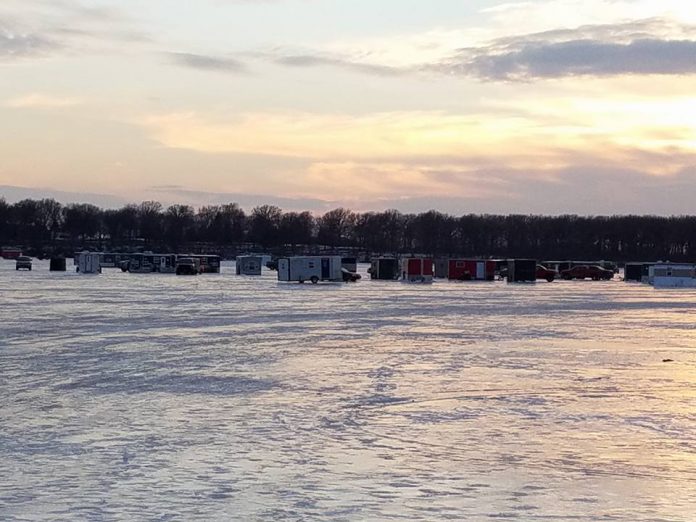 Two fishermen fell through the ice near Gaylord on Friday. The Sibley County Sheriff’s Office rescued two men whose three-wheeler went through the ice on High Island Lake. 35-year-old Corey Miller of Green Isle was towing a portable fish house when the incident occurred. His passenger, 36-year-old Ross Ziegler fell through the ice but was able to pull himself out. Neither man was injured in the accident. New Auburn firefighters, the Minnesota State Patrol and Allina Ambulance assisted at the scene.