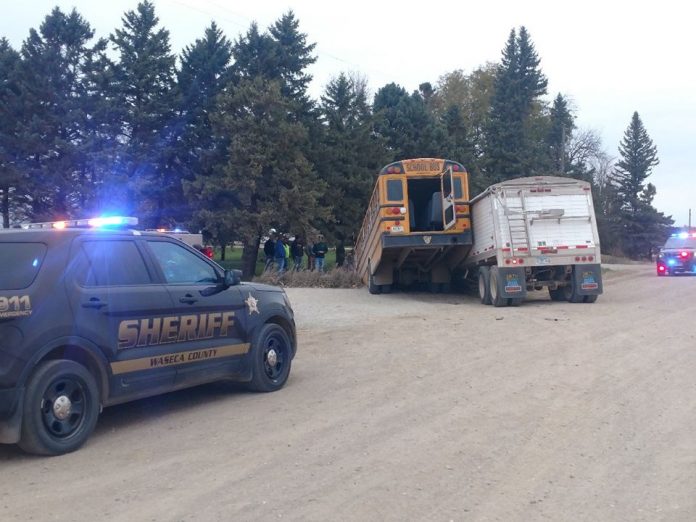 The Waseca County Sheriff’s Office is asking for motorists to use extra caution while traveling this harvest season. This comes after they recently responded to an accident involving a grain semi and a school bus. The crash occurred near New Richland with 24 children on the bus. Only one reported a minor injury and all were evacuated without incident by the bus driver. They say these crashes are preventable. They urge drivers to pay attention to farm equipment traveling on the roadways, pass with care, slow down, and give extra room to large equipment. They ask farmers to clean their lighting, keep it operable day and night, and be aware of vehicles around you. They also want to thank all of the responders, school staff, and others that assisted in the accident, including the local Schwans Ice Cream man that provided treats.