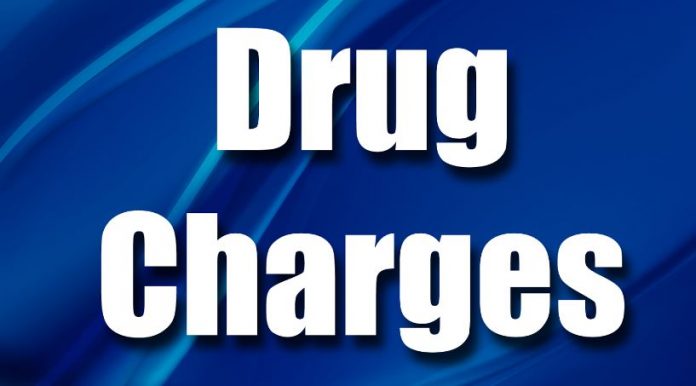 The Brown/Lyon/Redwood/Renville Drug Task Force executed a search warrant in the City of New Ulm on Friday that led to the arrest of four individuals. Those arrested were: 28-year-old Damian Ristau, 38-year-old Ashely Swanson, 49-year-old Barbara Mordah, and 55-year-old Jeffery Mordah. The Brown County Sheriff’s Office and New Ulm Police Department assisted in the execution of the search warrant. The investigation resulted in a referral to the Brown County Attorney’s office for all four suspects to be charged with felony counts of 5th Degree Possession of a Controlled Substance. During the search, authorities found approximately 21 grams of suspected methamphetamine in various packaging located throughout different locations of the residence. Various items of drug paraphernalia were also located including multiple glass pipes, cut straws, and several scales that all field tested positive for methamphetamine. Also located were several bags with trace amounts of a substance and a syringe containing a substance that field tested for methamphetamine. All suspects were placed under arrest and transported to the Brown County Law Enforcement Center.