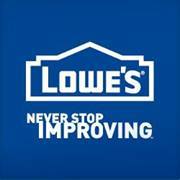 Lowe’s has announced they will be closing a number of their stores in the U.S. and Canada, the Mankato location being one of them. Lowe’s Companies Incorporated announced today that it will focus on its most profitable stores and to improve the overall health of its store portfolio, the company will close 20 U.S. stores. Most associates at these stores will be extended opportunities to transition to a similar role at a nearby Lowe’s store. The majority of impacted stores are located within 10 miles of another Lowe’s store. They will also close 31 Canadian stores and other locations. Lowe’s expects to close the impacted stores by the end of the company’s 2018 fiscal year in February. To facilitate an orderly wind-down, the company intends to conduct store closing sales for most of the impacted locations with the exception of select stores in the U.S., which will close immediately. Mankato’s Lowe’s is the only Lowe’s in Minnesota that is announced to close.